Being in control and in your own home

James had been in Albany Hospital for a long period of time with several serious medical issues. Without any family members able to support his complex care needs, he worried he would not manage outside of hospital. 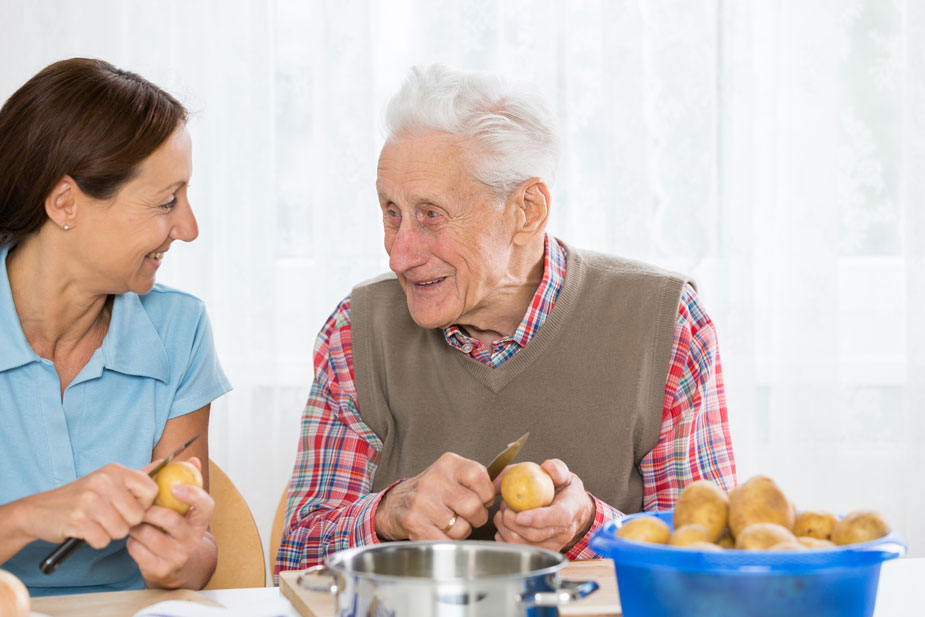 James asked the social worker to speak to us at Clarence Estate to offer him a place for residential care. While talking to the social worker, he learned that we also offered home care and asked to learn more about this and whether that might suit his needs. For the amount of funding for a level four he found out he would be able to have the daily visits that needed from support workers, while also being available to pursue his interests and have time outside his home for social support.

James was still a very active man, and was keen to maintain a lot of his hobbies - such as fishing and gardening. He decided that he wanted to give home care a try, and so told his family. They were worried about him going home by himself.

Our Home Care Manager Cheryl discussed with James his goals for his care program. He thought that he wanted to better manage his health condition to avoid going back to hospital, but also wanted to ensure that he could go fishing at least once a month with some help. Cheryl listened to what he was asking for, and then on top of this also made other suggestions that she felt he would like - such as joining in on the men's shed, and attending other group activities and outings.

With a clear direction from James of what he wanted, and making sure that he was confident in his plan, Cheryl worked with him to schedule a daily visit from support workers that could check he was taking his tablets as directed, regular health assessments from nurses to monitor his condition monthly, and assessments for improvements that could be made with his mobility and food intake.

James was pleased with the equipment Cheryl purchased for him that could assist him with his mobility and how this improved his independence around his home. With the assistance and guidance of support workers, he even began to cook for himself once again but still had a few meals delivered each week for when he did not feel up to this.

Over the next couple of years, James was able to remain living independently at home.

James chose to come and stay at Clarence Estate as needed for periods of respite when his medical condition needed daily monitoring. This worked out to be no more than a few weeks each year, but was enough to make him feel he was well-supported. It also gave him a break from his daily routine, and introduced him to new friends who he would then return to visit once he was home again.

With home care, James found that he could remain living in his home and not a hospital. The safety of knowing that he had options gave him peace of mind.

This made James feel he was in control, and in his own home - the two most important things he had asked for when he became a client.

Read more about our home care package program that we offer to people in Albany, Denmark and the Great Southern region