Clarence Estate staff member on a mission to save lives

Clarence Estate staff member on a mission to save lives 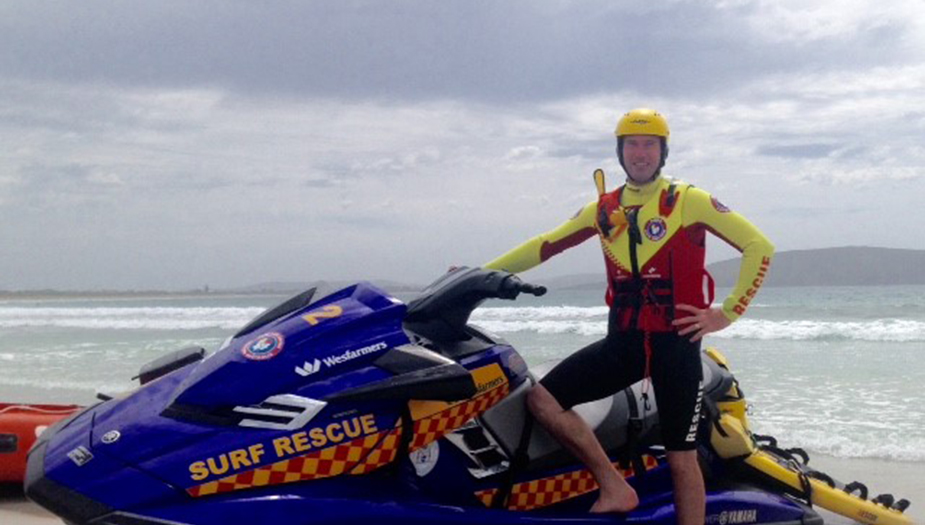 The group work closely with the Albany Sea Rescue Squad and the Water Police and use jet-skis during search and rescue operations. In comparison to other vessels, jet-skis mean the team can get to hard-to-reach areas or go out in difficult conditions.

Phil, who has just celebrated seven years working at Clarence Estate, had been a surf lifesaver for many years but had taken a break from the club before set his sights on joining the ERT.

Before he could book in to be assessed for the highly skilled team, he had to ensure his fitness levels would meet the group’s standards, a process which took the better part of three years.

“The most challenging part was building up to that level of fitness, as well as how cold the waters are in Albany,” he said.

“There were times where the water was only seven degrees so that was tough.”

The ERT are always on-call for emergencies and while Phil hasn’t had to head out on a rescue effort yet, he recently took part in a combined exercise with the Water Police. The exercise involved a simulated rescue of a person using boats and jetskis and was conducted near Breaksea Island, which is about 12 kilometres south east of Albany.

“Being part of this group is a really rewarding experience –  we’re the last call for life,” he said.

Being involved with surf lifesaving runs in Phil’s family, with his six-year-old son being involved in the club’s children’s’ program since he was three, while his daughter, aged two, is about to enrol for the next season.